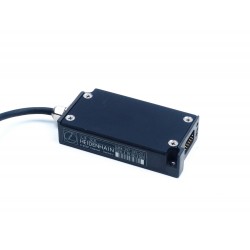 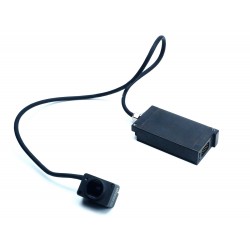 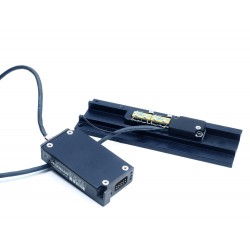 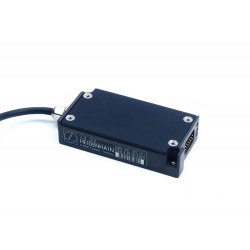 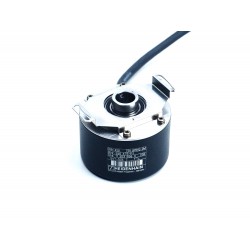 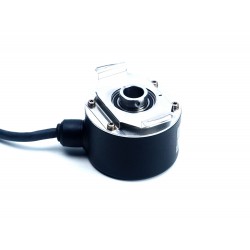 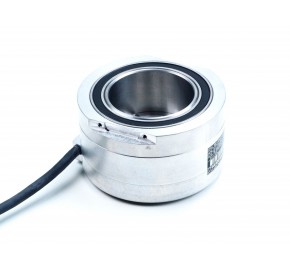 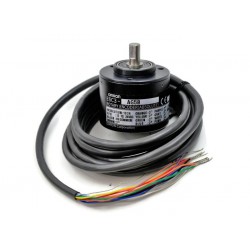 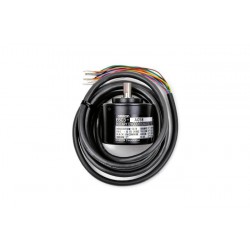 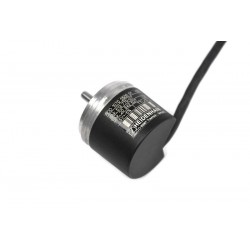 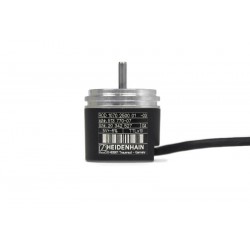 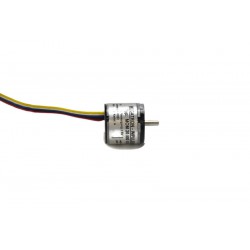 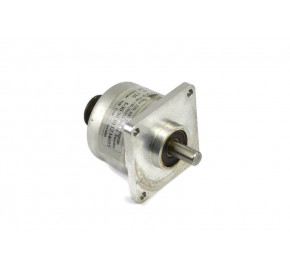 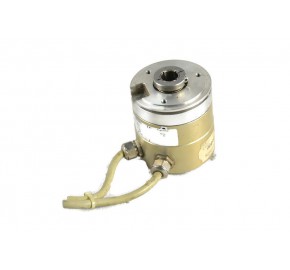 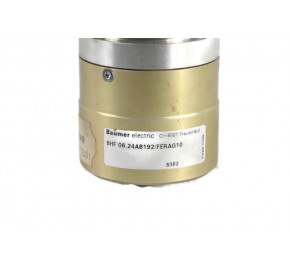 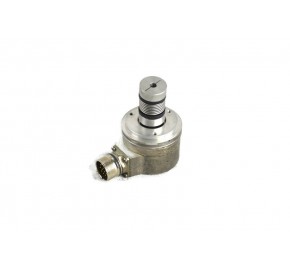 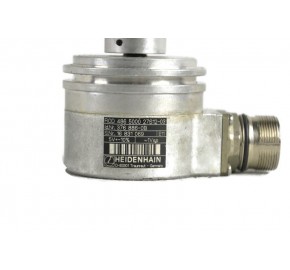 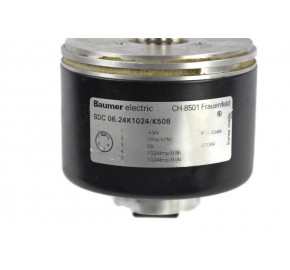 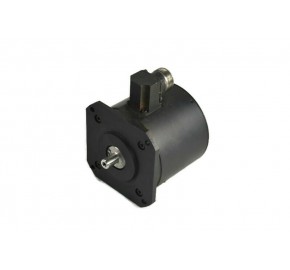 The encoders aredisplacement sensors. They are divided into rotary encodersandlinear(incremental). Rotary encoders work by converting rotary motion into electrical impulses, which allows you to determine the exact angular position, displacement or number of revolutions. Encodabsolute erasandincrementalare increasingly used in industry in all kinds of machines and production lines. They are used in machine and elevator applications. They are also used in servo drives, robots, machine tools and assembly lines.

Encoders are displacement sensors that convert an angular position or rotation into a value received by electronic systems. There are two main types of rotary encoders - absolute and incremental. What is the difference between them? Encodersabsoluteindicate the current position of the rotating shaft, and information about it is available immediately after switching on. In turn, incremental encoders inform about changes in the shaft position, but do not track its absolute position. Therefore, regular calibration of this device is required, which is not necessary for absolute encoders. There are also line encodersthose(magnetic) consisting of a magnetic tape and a sensor measuring the offset from the tape.

Whatis the use of encoders?

Absolute and incremental encoders are increasingly used in industry. They are used in machines and production lines, machine applications and elevator devices. They are also used in= "https://outlet3d.eu/pl/97-serwonapedy">servo drives , robots, machine tools or assembly lines. In fact, they are present in every electronics sector, from computer hardware, where they can be found in hard drives, CPU cooling fans or inttps: //outlet3d.eu/pl/54-druk-3d ">printers, and ending with vehicles, where encoders measure the rotational speed of the internal combustion engine and regulate it. Our online store offers rotary, multi-turn and linear encoders from brands such as OMRON or HEIDENHAIN. We invite you to familiarize yourself with the available assortment.

Absolute encoder - what distinguishes it?

There are several in industry types of encoders . The closest in terms of construction and operating characteristics are absolute and incremental encoders. From a design point of view, both devices are practically the same, but the difference is in the method of measurement it performs absolute encoder. In the case of this device, the output signal is generated in analog form by equipping its dial with a unique code for each position. Inas a result, each angular position of the shaft is assigned its own code value at the output, which in practice is referred to as the code signal. Moreover, enabsolute rotary encoder, namely its disc, has an incremental path marked on it, which means that both analog and digital signals can be generated at the output.

You can meet in the market absolute multiturn and singleturn encoders. The first kind provides more information because it distinguishes an angular position over a number of revolutions, not as in the case of single-turn encoder- based on one rotation from 0 ° to 360 °. Moreover absolute multiturn encodersthanks to a special gear system, they can remember the number of revolutions made. Check absolute encodersat Outlet3D.eu and choose a model tailored to your needs.

Incremental encodercreatesdigital output signal as the shaft rotates through a specified angle. An important term related to this device is resolution. It is the number of signals (pulses) per one full revolution. This factor is important because the higher resolution of the encoderincrementalallows you to take measurements with greater accuracy.

It is also worth noting that incremental encoderdoes not generate an absolute position. In practice, it is important because the position of the shaft is determined by counting electrical pulses. Therefore, if there is a situation where the power supply is missing, the position value is counted from zero, i.e. from the place where it was stopped.

The most popular magnetic incremental encodersuse the magnetic field vector to determine the angular position. Shaft magnetic linear encoderit is equipped with a magnetic target, the task of which is to generate the required magnetic field. In addition, this type of encoder is also equipped with a Hall sensor, which usually takes the form of an integrated circuit and consists of a PCB .on a semiconductor material which is placed in a magnetic field. Voltage is applied to the sensor, which in turn forces the flow of electrons in a certain direction, i.e. perpendicular to the magnetic field lines. By measuring the voltage on the electrodes, which are positioned perpendicular to the field line and the direction of the flow of electrons, it is possible to determine the level of the magnetic field strength at the sensor site in a relatively uncomplicated manner. As a result of the magnetic field, a Hall voltage is generated and converted into a digital output signal. Due to the fact that magnetic encodersdo not require direct contact with a rotating axis, belong to the more durable types of encoders .

Rotary encoder - the most important information

Rotary encodersuse to measure rotational motion photoelectric phenomenonwhich involves the emission of electrons from the surface of an object. Rotary encoderis built froma rotating dial with slotted slots or a transparent dial with printed louvers. One side contains elements whose task is to send a light beam, while the other side is equipped with photosensitive elements, e.g. photodiode. There, a pulsed voltage is generated. The output signal is converted into the angular path of the disc or into a sequence of pulses. In this way, the encoder provides a lot of important information that improves operationmany machines.

The main feature that stands out optical encoderisa code dial attached to a shaft with transparent and opaque fields. It is on them that the light (transparent fields), generated by the LED diode, stops (non-transparent fields) or passes. In turn, on the back of the dial there is a receiver, i.e. an optoelectronic element. Its task is to transform the received light into an electrical signal. The type of the encoder output signal depends on the adopted signal standard, most often it is a digital (rectangular) signal. Encoders opticalDue to the increasing technological possibilities, they currently offer a resolution of up to 10,000 pulses per revolution.